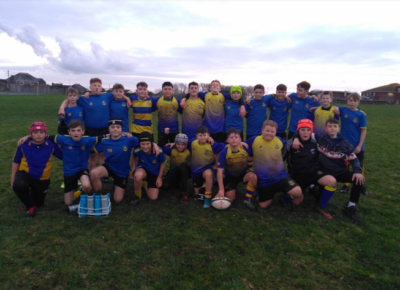 After winning our first game against Bro Gwaun we came up short against Greenhill and Haverfordwest High, which unfortunately meant that we didn’t progress to the Welsh Cup.

The boys played some nice rugby at times, gave 100% throughout the tournament and represented the school with pride.

50 of our Blwyddyn 8 a 9 students enjoyed a trip bendigedig i Gaerdydd i weld Cymru yn y pel-droed ar nos Fawrth. The traffig was ofnadwy, but we got there for the kick-off! Wrth gwrs, Cymru were victorious and when the second goal went in, the stadium went crazy! There was plenty of canu a hwyl at the end of the game and the bechgyn did a victory lap. Noson ardderchog.

Dydd Mercher, we got up early and some were wedi blino’n lan. So after brecwast a phacio, amser for a couple of gwersi Cymraeg. Aethon ni i’r bae wedyn for a boat trip around the bay. Roedd hi’n oer iawn!! Back to the gwersyll ar gyfer brechdanau. Sain Ffagan nesa. Diddorol iawn ac roedd y losin yn flasus! Ar y bws again and off to Macarthur Glen for bwyd. 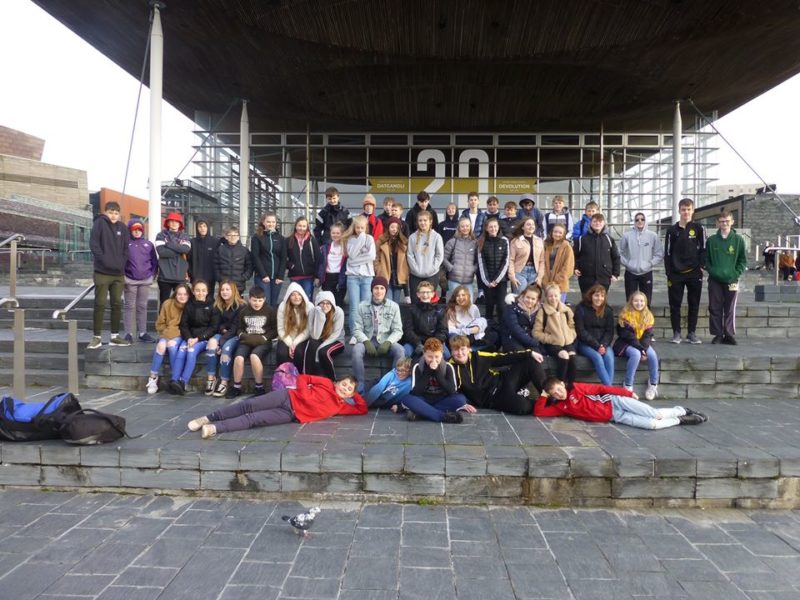 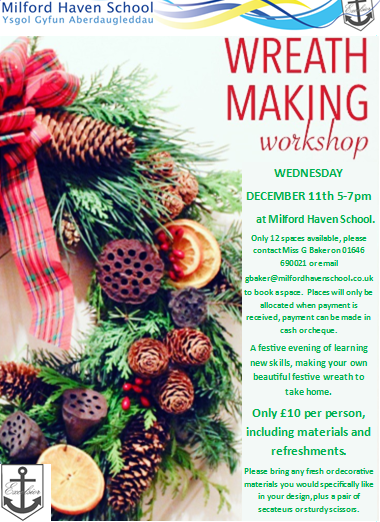 The above poster details our upcoming ‘Wreath Workshop’ on Wednesday December 11th from 5-6pm. We are very lucky to have a professional florist coming into school to run a special one off workshop, places are highly subsidised to make them of exceptional value at only £10 a place! There are only 6 places left. so book your spot now to avoid missing out.

Please see below a brief outline of some of the many exciting activities and events happening here at Milford Haven School throughout the month of December. 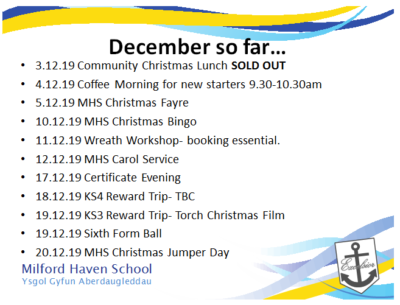 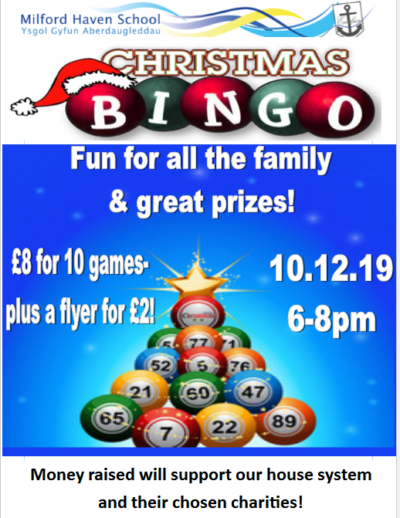 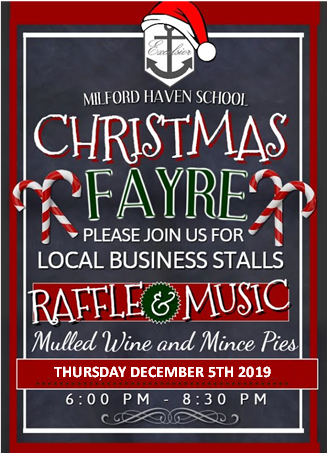 The letter detailed below has been sent out to this families that joined us after the start of this academic year. If you have joined us during the term please come along for this event, we look forward to spending some time ensuring that you feel settled and supported here at Milford Haven School. 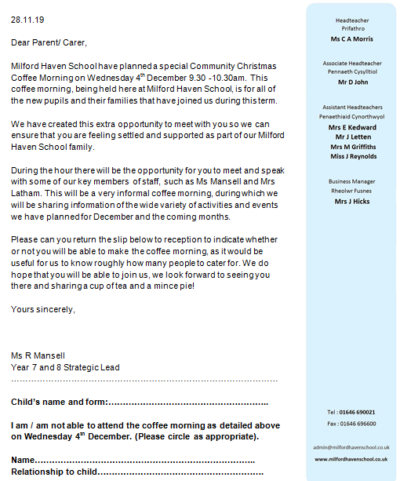 Just a polite reminder, could all parents and carers please use the Thornton school car park to drop off and collect pupils at the start and end of the school day.

The front of school leading out onto Steynton Road is becoming extremely congested again at the start and end of the school day, and as pupil safety is all of our priority we appreciate your support in utilising the Thornton car park. Diolch yn fawr.

Pupils from Blwyddyn Wyth spent a session this week with the beat boxer Ed Holden aka Mr Phormula yn Neuadd Steynton. Ed shared his love of beat boxing and rapping in Cymraeg and Saesneg with an extremely appreciative crowd. It was bendigedig to see how he makes all of the sounds with just his voice and then onto the looping station to create songs. The bilingual rap to close each session was ansbaredigaethus!! Ed explained how being able to siarad Cymraeg had given him so many opportunities in a competitive beat boxing world. Diolch yn fawr to Leon Welsby from the Urdd and DJ Knox for helping to make the sesiynau posibl and to Blwyddyn Wyth who were a real credit to Ysgol Aberdaugleddau. 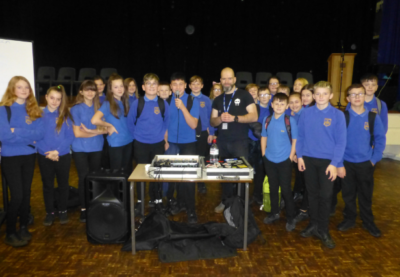 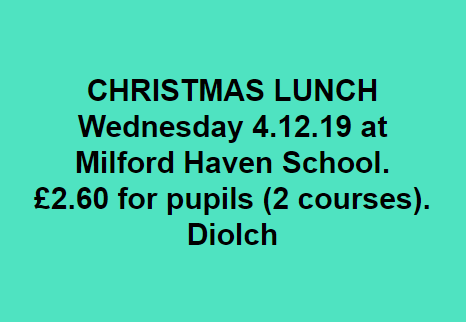 Parents and carers are able to download Microsoft Office 365 for free via Hwb.  If anyone is planning on purchasing new electronic equipment, such as a laptop as a Christmas gift, please be aware that there is software available to you for free. Please follow this link for more information and details on the software available:  https://hwb.gov.wales/microsoft